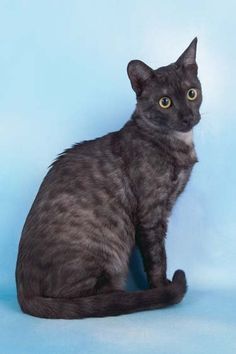 Body Type/Structure- Long and lithe, but has a somewhat large appearance
Height- A little taller than average
Weight- Normal
Gait- Walks like he has a purpose. Tends to walk very fast
Scent- Dew and leaves

Personality: Tumblepaw is a quick learner, he's fast, intelligent, and somewhat shy. He likes to think before he acts and he is very proud. He's also extremely loyal to his Clan.

Best friend(s): Starlingpaw (Rp'd by xxJaggededgexx)
Friends: Storkpaw (Rp'd by Nighty)
Enemies: Open!
Crush: Orchidpaw (rp'd by Little Bird)
Mentor: Thrushwing (Rp'd by Immacat)
​
Bio:
As a kit, Tumblekit was the quietest kit in the nursery, but he watched the warriors with excitement. He couldn't wait to become an apprentice. He would work hard and be the best he could be! When he was assigned Thrushwing as a mentor, he was a bit intimidated, but wouldn't let that stop him. Even though it turned out he wasn't as strong as other warriors or apprentices, he was very fast.
Interesting facts:
Favorite Season: Leaf-fall
Favorite Food(s): Water vole, thrush
Favorite Word: Interesting, Honestly
Favorite Sound: Leaves crunching
Likes: Peaceful solutions, fast runs through the forest, moonlit walks in the forest.
Dislikes: Too much conflict, fish, slow cats, too many questions that he doesn't know the answer to
Scars: None
Greatest Hope: That someday, he will find love
Greatest Strength: His intelligent mind
Greatest Weakness: Loneliness
Worst Nightmare: That everyone he loves will die
Deepest Darkest Secret: None yet
Most Treasured Memory: His times in the nursery with Beaverkit
Quirk(s): Rubs his nose with his paw when he yawns